As time passes, I speak less about my deportation. Not because it matters less, not because I no longer wish to have justice being served. But as there continues to be no option for me to repair the damage, the only thing that there is left to do is to continue on with my current life path. Now that I am working on issues on the Mexico-Guatemala border with communities experiencing migration in conditions that I’ve never experienced even in my most difficult moments, I began to set aside my own past to focus on the work in front of me.

At the same time, I can’t help but remember that this month marks seven years since my deportation and interestingly, it coincided with a request to speak on how immigration fraud has affected my family and I. Most who know my story have mostly heard of my time as an undocumented migrant in the US, the deportation process and my life post-deportation. Rarely am I asked about the circumstances that led to it, and those implicated in a immigration fraud case who continue to be in business. While my family and I have paid the consequences, there are systems, policies and individuals who are benefiting from the precarious conditions that an undocumented status creates.

Through a video, I told my story to the LA County Board of supervisors who have recently approved the drafting of an ordinance that would take steps to prevent immigration scams. Certainly an overdue measure (definitely late for me) but hopefully of use to the many families that could be affected by those who seek to pray on them due to their legal limbo. 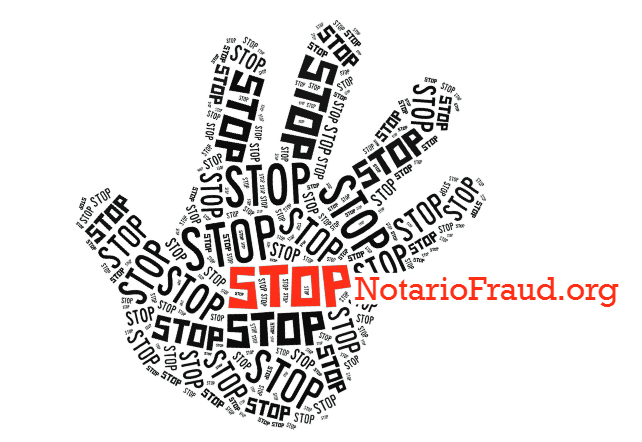 I would like share the video that I recorded. I was told that the names I disclosed of the notario/attorney implicated in my case were taken out when the video was shared at the hearing due to concerns of defamation. However, the facts are facts, and they also need to come out at some point. Part of seeking justice is to name those responsable for placing my family and I in deportation proceedings. At the same time, let’s not forget there is an anti-immigration discourse and policies that are also responsable for enabling industries and individuals who profit and harm migrant communities.

I was heading to a spot where I could have some privacy for my scheduled call. 4 o’clock pm arrived and I dialed the number to reach the immigration attorney’s office, located in Pasadena, CA, I was advised to contact. After 4 minutes of being on-hold, Mr. M. picks up the phone on the other line and we would begin a conversation which had become too familiar.

Nancy: “My parents started a family case when I was underage. They hired a notary that worked with an attorney (let’s call her Attorney#1) to file our application for political asylum.”

Mr. M: “Hmm…and you are a national from Mexico, correct?”

Nancy: “Yes, my parents were told that by filing for political asylum, in the case that they did not qualify, they could submit a motion to apply for legal residency through cancellation of removal, as we met the qualifying criteria of having a minimum of 10 years of residence in the U.S. and were in good moral character”

Mr. M: “I hear of many individuals like your parents who are tricked into this legal proceeding. It’s fraudulent.  To qualify for cancellation of removal, aside from the residency and good moral character requirements, you have to establish extreme hardship that a removal from the U.S. would cause you or any qualifying U.S. citizen or legal resident relative. The burden of proof is very high on the applicant to demonstrate this hardship, and only granted in a very small percentage of cases.”

And indeed, this is not the first time I hear this legal assessment. For starters, I had given up contacting immigration attorneys because it seemed I had already explored all legal options to remedy my situation. So far, I had found none.

For a moment, it felt I was wasting my time with this call, but I did not want to disappoint the mom of a close friend of mine who had visited me in Tijuana this past January. Mr. M had been their attorney and had been successful in adjusting their legal status. They emigrated from Chile on a visitor’s visa, were able to become permanent residents and later U.S. citizens. She also had friend that despite of facing voluntary departure, Mr. M was able to get her back into the U.S. with a permanent resident visa. She truly believed Mr. M could do help me return “home” after my deportation 3 years ago.

While I was living in Los Angeles, shortly after finishing high school, I had started taking initiative to understand my legal case instead of letting my parents continue with it. I was still undergoing political asylum proceedings. During my senior year in college (in 2003) I had regular contact with the notary and she would constantly reassure me all was going well. Any doubts I had were temporarily appeased when I finally received my first work permit. I would attend appointments with asylum officers and immigration hearings which all seemed to be going as planned.

Two years later, I started to have issues with my work permit renewal. Unsatisfied with the notary’s explanation that my case was in order, I began to contact several attorneys to get a second opinion. However, none of them were able to offer an alternate legal route; there was no immigration relief I qualified for. Most of them questioned that the legal process my parents had begun would effectively adjust my immigration status. The legal consensus I received was to wait for some type of immigration reform that could benefit my case.

Then in 2008, I met Attorney#2 at an immigration training seminar and decided to schedule a consultation. Unlike previous attorneys, he had taken more time to investigate my case. Attorney#2 contacted U.S. Citizenship and Immigration Services and found out that my case had been closed a few years back. That explained why my work permit was not renewed. I had confirmed my suspicions; the legal process the notary and Attorney#1 managed was fraudulent. Attorney#2 speculated I most likely had a warrant and ICE could at any moment be searching for me.

I realized that I had become part of the growing number of immigrants who fall prey to attorneys and those posing as immigration specialists known in the Latino community as “notarios.”  These notarios are neither licensed to practice law nor provide legal advice, as in the case of the notary my parents hired. She seemed “more” legitimate to them because she collaborated with an attorney we would see at immigration hearings where we were represented. She also claimed to have contacts within the immigration system to expedite our case. These immigration scam practitioners became more notorious in the 1980s, targeting immigrants seeking amnesty relief but it was not until recently that federal agencies began to pay attention to this growing problem. In 2011, the U.S. Department of Justice, along with the Department of Homeland Security and the Federal Trade Commission started efforts to crackdown on such immigration scams.*

Attorney#2 was very frank and direct, and he said that my only options were to either relocate back to Mexico or immigrate to other countries like Canada which have more flexible immigration laws, especially for high-skilled migrants. But since I was not a “high priority” immigrant, meaning that I lacked a criminal record, it was unlikely ICE would target me. I could try to buy some time and wait until immigration law changed. If you have been followed this blog, you know how that ended.

“Yes, I know. I was not expecting you to tell me anything different than what other attorneys have already told me”, I replied to Mr. M during my call as we were beginning to wrap up the phone conversation.

Mr. M had previously reviewed the paperwork on the appeal I filed after my deportation. He concluded that although I had inappropriate legal counsel, I could not re-open my case because I would need to prove that an immigration judge would have ruled in my favor if I would have had proper representation. The truth is I did not meet the requirements for neither political asylum nor cancellation of removal. Bottom line, my parents should have never been advised to file for such immigration relief which would later result in our deportation proceedings.

Mr. M continued, “However, Attorney#1 who represented you in immigration court, I know who she is and has a reputation for filing these types of cases, and she is still doing it!”

I began to feel a sudden anger. I told Mr. M that after my deportation, I filed a complaint against Attorney#1 with the California State Bar Association, but it was denied because I did not have enough evidence to establish willful misconduct of Attorney#1. It just felt wrong that individuals like me would pay the consequences for inappropriate legal counsel while these legal scammers continue on with their unscrupulous practices untouched.

I could sense Mr. M. felt sympathy for my case. He mentioned that although he could not make a final assessment on my situation with the information he had, he would make a request to immigration for my entire legal files. He was also interested in taking a look at the State Bar response on the compliant I filed.

If I could do something to get off the streets one more of these individuals, then I least I would feel that something good can come out of my deportation.

However, I suspect more like Attorney#1 will continue with their fraudulent operatives. Any upcoming immigration law changes will be seen as an opportunity for these scammers to feed a lucrative business by targeting the most vulnerable. Education and awareness are the only tools we have available to help immigrants navigate through the complicated immigration system without falling prey to fraud.

* To read more on recent news on Notario and immigration fraud, the American Bar Association has created media reference list.

Migration scholar, advocate, writer and translator. Trying to make sense of a #postdeportation life, one word at time.

Eligible to Reapply for Admission to the United States (10-year entry ban)September 1, 2019
Time is up, but I am still waiting to re-apply.
Join 2,015 other subscribers