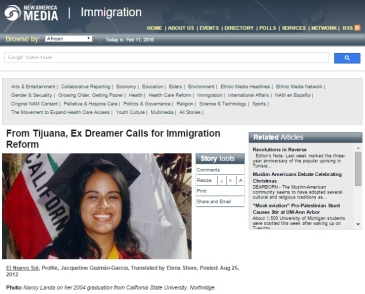 Here you will find a listing of some of the publications that have featured my life story and struggles #postdeportation and my work around migrant rights.

“The Americans deported to a country they don’t know: ‘I didn’t know the city or the language’”. The Independent, October 27, 2013.

Migration scholar, activist, writer and translator. Trying to make sense of a #postdeportation life, one word at time.

Eligible to Reapply for Admission to the United States (10-year entry ban)September 1, 2019
Time is up, but I am still waiting to re-apply.