We are only weeks away from legislation been introduced to formalize the national conversation on solutions to the immigration issue the U.S. has been facing unaddressed in this manner since the Immigration Reform and Control Act (IRCA) of 1986.

Although we are seeing some Republicans now forcibly crossing the isle to support some type of immigration bill, it seems the debate is now focusing on whether a pathway to citizenship will be part of the reform package. Some reform advocates and media experts are pressing Democrats to take off the negotiation table a pathway to citizenship if it is the only way to strike a deal with Republicans on immigration reform that could potentially provide legal status to the over 11 million undocumented immigrants. 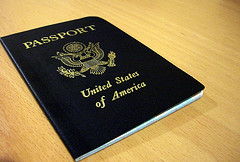 In a recent opinion piece, NBC columnist Esther Cepeda is asking immigration activists to stop demanding pathway to citizenship, not seeing major issues if immigrants face long waits for citizenship, or perhaps not been eligible for citizenship at all.  One of her main arguments is that there is no major difference in the benefits and protections “legal residents” and citizens receive except for the right to vote.

Such statement oversimplifies the challenges that immigrants are increasingly facing in maintaining legal status which is no longer permanent with recent law changes. Permanent residents can lose their legal status in light of an expanded aggravated felony policy the Department of Homeland Security (DHS) has implemented. A non-criminal offense such as drug possession (as opposed to drug trafficking) can initiate deportation proceedings of legal permanent residents. This is an issue well documented by Amnesty International USA which also became very palpable to me during my own deportation proceeding.  I met many detainees who in large part had been permanents residents and were facing many months of detention, were very likely to lose their permanent residency and to be deported. Additionally, many of them were not high-priority criminals posing a threat to national security as DHS claims to be targeting.

I understand that in politics both sides have to give in to reach a middle ground. But lets first begin by understanding how this debate has been positioned. Republicans are trying to frame pathway to citizenship as one of the extreme solution to immigration reform, and it seems many are falling into that trap. The New York Times Editorial said it best in a recent opinion referring to their take of the House Republicans during recent hearing debates: “The false middle ground [they] seemed to be seeking was limbo: legal status without hope of citizenship. Or, second-class noncitizens.”

It is true that not all permanent residents will apply for citizenship. To begin with, the cost of applying for citizenship, now at close to $600, will be the first barrier to overcome for many that are struggling financially. Secondly, there are all the other requirements like years of residency, basic knowledge of English and US government and history etc. which will further reduce the number of citizenship applicants. However, this does not mean we should assume immigrants do not want to become citizens. Therefore, why use this logic to conclude that citizenship is an optional amenity to the immigration reform package? Immigrants should have the option to decide if they want to become citizens rather than having the immigration system decide for them.

The immigrant community has compromised enough and this point should be a non-negotiable for those that believe in true comprehensive immigration reform. And if you ask me, I think we have already paid a stiff price with over 1 million immigrants deported under President Obama who will not be able to benefit from any reform legislation.

Nancy Landa is a deported honors graduate and former student President of California State University, Northridge (CSUN). Nancy resides in Tijuana since her deportation in 2009 and has shared her story to highlight the need for comprehensive immigration reform in the U.S. You can follow Nancy on Facebook and Twitter or her blog at mundocitizen.com

Migration scholar, activist, writer and translator. Trying to make sense of a #postdeportation life, one word at time.

Eligible to Reapply for Admission to the United States (10-year entry ban)September 1st, 2019
The big day is here.